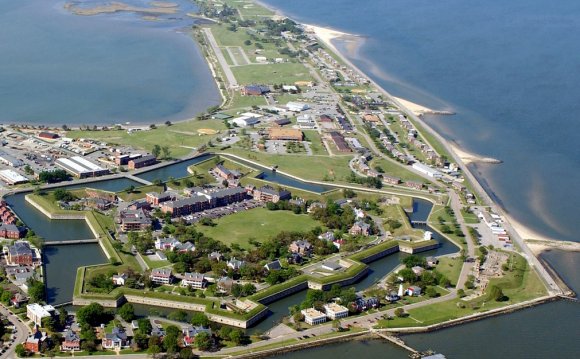 Inside a suite of laboratories nestled amid what was once the world’s largest tobacco manufacturing complex, a team of researchers is growing human bladders, tracheas and muscles using the patients’ own cells. In another laboratory, workers are producing human ears and tissue with a 3D printer. In the not-too-distant future they hope to “bioprint” kidneys, noses, livers and other tailor-made organs and tissue for surgical implantation. It’s work that’s healing wounded soldiers and sick civilians, but it’s also a remarkably apt metaphor for the regeneration that has helped bring this city of 230, 000 back to life.

Just 20 years ago, Winston-Salem was a city in decline. Prostitutes and drug dealers roamed Trade Street, once the commercial heart of the city, while to the east, abandoned tobacco factory buildings stretched for block after block, a reminder of the downsizing of R.J. Reynolds, the city’s most famous corporate citizen, which had merged with food giant Nabisco and moved its headquarters to Atlanta. Punk rockers were jamming late into the night in lonely loft space at the center of the city because there was nobody around to bother. Once one of the richest and most powerful cities in the Southeast, it had lost tens of thousands of jobs as its manufacturing base retrenched or fled the North Carolina Piedmont altogether; its leadership was in shock. "We had been like a baby in the womb, " then Mayor Martha Wood later told the New York Times. "Reynolds had really nurtured this city. And over the years, the parent had provided."

Today, the skeletal remains of Winston-Salem’s manufacturing history have been reanimated as labs, co-working space, university classrooms and swank loft apartments. People do yoga on the lawns and sip coffee under the umbrellas of a new downtown park completed last year in the shadow of the R.J. Reynolds company’s coal-fired power plant, now being transformed into restaurants and research labs. The expanding 200-acre research complex—dubbed the Wake Forest Innovation Quarter—employs more than 3, 100 in 65 companies and five academic institutions, and is preparing to more than double its footprint. Trade Street is now a thriving arts-and-entertainment quarter, a shopping and nightlife destination, just as it was in the postwar years. The city’s once-neglected 1920s skyscrapers have been transformed into apartments and a hip Kimpton hotel. Over $1.6 billion has been invested in downtown over the past 15 years, much of it the result of the creation of the Innovation Quarter, the nation’s fastest growing research park which has its most famous rival, the Research Triangle near Raleigh, looking over its shoulder, not least because its located in the heart of a thriving city, not in an isolated suburban campus.

How did a complacent manufacturing city reincarnate itself as a creative economy powerhouse? Because a group of civic-minded power brokers rallied around their city’s few remaining assets, partnered with scientists and punk rockers, and doggedly built the foundations of a new economy, brick by brick, from the carcass of the old. “It wasn’t one person or thing that made it all happen, it was everyone from the grassroots to the corporate leaders coming together, ” says Jeffery L. Smith, a litigation paralegal who has run the influential community news site Smitty’s Notes since 1997. “We realized it would take all of us to get this hog out of the ditch.”

Scientists at Wake Forest were the first in the world to engineer laboratory-grown organs that were successfully implanted into humans. | Mark Peterson/Redux Pictures for Politico Magazine

Winston-Salem was a tobacco town from top to bottom before RJ Reynolds left. | Getty Images, Library of Congress, and Camel City Dispatch

For more than a century, the hog had been fat and happy. The factories of Richard J. Reynolds, a southern Virginia tobacco farmer who had moved to town in 1874 to make use of its railroad depot, were churning out millions of tons of pipe and rolling tobacco even before they introduced a game-changing product to the market: a pre-packaged cigarette made with mild tobacco imported from Turkey. These Camels, introduced in 1913, were an instant hit, with nearly a half billion sold in a year, and were ubiquitous by the end of the First World War, on account of Reynolds having won a concession to supply them to the troops. More than a quarter of the city’s people worked for the company, which paid high wages, offered stock shares and provided a range of benefits, from free child care to at-cost cafeteria lunches. By the 1950s—before most Americans were aware of the baleful effects of smoking—the company’s Winston, Salem and Camel brands were the best-selling in the U.S. after Philip Morris’ Marlboros, and Prince Albert was the top-selling pipe tobacco. “Life was good then, ” investigative journalists Bryan Burrough and John Helyar wrote in their history of the company, Barbarians at the Gate. “It was often said that Reynolds’s only problem was how to turn out cigarettes fast enough and how to ship all that money back to Wachovia Bank.”