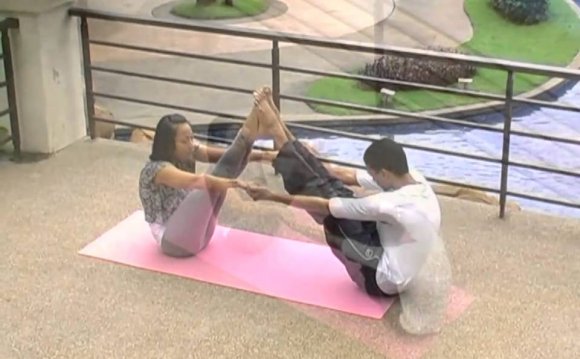 Suzanne Manafort's work with veterans began with words on a page.

Seven or eight years ago, the yoga instructor read a local newspaper article on how yoga helped veterans with post-traumatic stress disorder. She decided to do her bit and began giving free classes at the Newington Veterans Administration hospital.

"I was inspired by that and started volunteering my time at the VA, " said Manafort, owner of Newington Yoga Center.

Fast forward to today, and Manafort's single class has grown into an integral part of the Connecticut VA's PTSD treatment programs. Manafort — whom the VA now pays after she provided free services for years — runs weekly yoga programs at the VA's West Haven and Newington campuses for veterans with PTSD. She also teaches yoga as part of the VA's twice-yearly 12-week program for acute PTSD sufferers.

Manafort's long-standing and deep commitment to helping former servicemen and women cope with the psychological scars of war has led some to call her a hero. It's a label she dismisses immediately, calling it "embarrassing."

"I don't feel like a hero, " she said. "I feel like I work with heroes. The men and women I work with would stand in front of a bus for you and probably already have. They are the ones doing the work, not me."

Yoga, which originated in ancient India, is a discipline that includes multiple poses with spiritual and meditation components. It has many forms. The type Manafort teaches is Mindful Yoga Therapy. It emphasizes breath control with awareness of movement, meditation and other elements. The aim, Manafort said, is to live in the moment and not dwell on the future or the past.

"It's hard for all people, not just people with post-traumatic stress, to live in this moment, to stop thinking about what's going to happen tomorrow or what happened yesterday, " she said. "It's learning to just enjoy this moment."