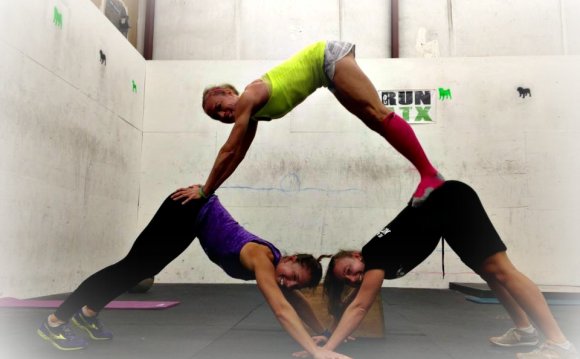 After watching osteoarthritis disfigure and debilitate her mother, Virginia McLemore thought her fate was sealed. “As I grew older I thought I’d be crippled one day too, ” says the 66-year-old yoga teacher and occupational therapist in Roanoke, Virginia. So, a decade ago, when the first signs of osteoarthritis (the most common form of arthritis) appeared—as bony protrusions on her finger joints—she braced herself for the worst. But the worst never came. McLemore felt more annoyance than agony from the osteoarthritis in her hands. Since then, the condition has spread to her wrists, right knee, and left ankle, but it’s hardly slowed her down. She still hikes, bikes, and swims every chance she gets. She jokes about how her doctor shakes his head in disbelief at her flexibility and activity level. “My doctor thinks I have an incredible pain tolerance, ” she says with a laugh, “but really it’s the yoga.”

Osteoarthritis, the cause of which isn’t entirely understood, affects a staggering number of people. According to the National Center for Chronic Disease Prevention and Health Promotion, roughly 27 million American adults suffer from the disease, including an estimated one in three age 65 or older. For such a common chronic condition (meaning that it’s managed rather than cured), few effective treatments exist. Nonsteroidal anti-inflammatory drugs, such as ibuprofen and naproxen, can provide temporary pain relief, but do little to improve the long-term outlook.

People with osteoarthritis who practice yoga find that it soothes physical and emotional symptoms, says Sharon Kolasinski, a rheumatologist at the University of Pennsylvania’s School of Medicine in Philadelphia. “Yoga not only safely exercises the muscles, ligaments, and bones in and around the joints, but also triggers a relaxation response that can help reduce pain and improve functioning.”

McLemore started practicing yoga 20 years ago as a way to meet people and stay in shape. But after realizing how much her joints benefited from the practice, she got serious. In 2006 she completed a hatha yoga teacher training course. And today, in addition to teaching regular classes, she teaches workshops for people with osteoarthritis. She credits yoga with rescuing her from the fate that befell her mother. “I don’t know if I would be mobile right now if it weren’t for yoga, ” she says.

Easy on the joints

An osteoarthritic joint is one in which the cartilage cushioning the ends of the bones has lost elasticity and deteriorated. Cartilage, unlike most of the body’s other tissue, doesn’t have its own blood supply. Instead, it relies on the joint’s natural lubricant (called synovial fluid) to shuttle nutrients and waste in and out of the area. The genius of joints is that the more they bend, the more fluid circulates through them, increasing the ability for even greater movement—a seamless system. Seamless, that is, except that as you age, you tend to move less, and the joints don’t get the same fluid circulation. In addition, over time your joints suffer more wear and tear, including that from minor misalignments—such as having one hip higher than the other, or walking with the feet turned out. Top it off with a genetic propensity for the disease, and the result can often be osteoarthritis.

Although movement is good medicine for osteoarthritis, some forms of movement are better than others. “Yoga’s extreme range of motion sends fluid into the obscure corners and crevices of each joint, ” says Loren Fishman, a physician at Columbia University specializing in rehabilitation medicine and the co-author of Yoga for Arthritis. That gives yoga a therapeutic edge over other forms of exercise, such as walking, biking, or even tai chi—all of which get the joints swinging but in a more limited way.

Ellen Saltonstall, a certified Anusara teacher in Manhattan and Fishman’s co-author, attests to the powers of yoga to curb the pain and stiffness of osteoarthritis. Saltonstall, 60, has osteoarthritis in her hands, one foot, and lower back. She manages the condition with a combination of mild anti-inflammatory drugs and yoga, often practicing 60 to 90 minutes a day. Without it, pain and stiffness immediately set in. “I find a daily practice helps the most. When I skip a few days, I feel like I’ve aged 10 years, ” she says.

Only a few small studies about yoga and osteoarthritis have been done, but what research does exist shows big payoffs. Kolasinski, along with Marian Garfinkel, a senior intermediate Iyengar teacher in Philadelphia, led one of the best-designed studies to date. They recruited seven women with osteoarthritis of the knee, none of whom had practiced yoga before. For 90 minutes, twice a week, Garfinkel led the group through a sequence she designed to increase their range of motion in the knee. Using props, such as chairs, blankets, blocks, and straps, the women practiced Virabhadrasana II (Warrior Pose II, ), Baddha Konasana (Bound Angle Pose), and Dandasana (Staff Pose) as well as many other poses.

The study group was small, but the results, published in 2005 in the Journal of Alternative and Complementary Medicine, were inspiring. After just eight weeks of yoga, the women reported a 46 percent drop in pain and a 39 percent reduction in stiffness. “What was most exciting was that they became more comfortable in their bodies, ” says Kolasinski. “Before the study, one of the women was scared of getting on the floor—afraid that if she got down, she’d never get back up. The chance to help people feel empowered in their bodies is priceless.”