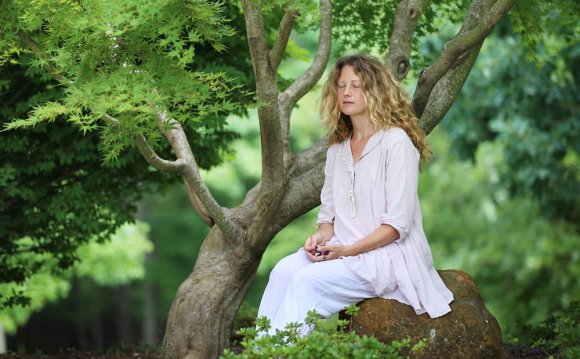 The sign announced that the Palace of Gold was ahead, but somewhere along the way, pulling the steering wheel back and forth across the tight West Virginia turns, a visitor might begin to think it was wrong. That the promised land can’t be reached. Instead he’ll spend eternity driving by one-story homes that double as beauty parlors, and hillside cemeteries dotted with bright silk flowers that never lose their bloom.

Then at the top of the mountain — his hands cramped and heart racing from another near-miss with a deer — it unfolds. The palace is massive and ornate, with gilded spires cutting into the sky. Instantly, it’s evident why this place, about 15 miles southeast of Wheeling, was called America’s Taj Mahal.

“Welcome to Heaven, ” a New York Times story proclaimed of New Vrindaban, once the nation’s largest Hare Krishna community. The palace opened its doors to great celebration in 1979 and became one of West Virginia’s biggest tourist attractions. Newspapers, magazines and television raved about the handiwork of the devotees who built the magnificent structure in honor of their guru.

Then came the scandal, the corruption, the child abuse and murder. The betrayal of faith, the fissions of community.

New Vrindaban is now often eerily still, the rural silence pierced only by the shrill cry of a peacock making its way along the path. In solitude, one might notice that the walls are crumbling and the paint is peeling. The palace is in decay.

But change is rumbling through the mountains: New leadership has arrived, as has a controversial new source of money. American Hindus and tourists are once again making the pilgrimage to New Vrindaban.

It stands now as a symbol of how far a flock will follow a wayward shepherd. But also how hard some will work to rebuild a place they still believe is holy.

Sankirtana Das felt a pull grow stronger as he, his wife and their two young children approached New Vrindaban on a dark winter night in 1976. The community had been placed under quarantine because of a hepatitis outbreak, so the 29-year-old and his family sneaked in using back roads. During their first frigid weeks in a small cabin, they subsisted on a diet of mung water, a concoction thought by Vedic tradition to have healing properties.

Sankirtana, born Andy Fraenkel, was the son of a Jewish father and Lutheran mother. He grew up in Manhattan, and later studied theater and filmmaking at the City University of New York.

After seeing the Hare Krishna devotees chanting in colorful robes around the city, he decided to make a short documentary for a school project. He was intrigued by the chant — especially after hearing it on the George Harrison track “My Sweet Lord” — so when he and his future wife struck out for a quieter life in Canada, they brought along the Bhagavad-Gita, the ancient Hindu scripture, and made their own beads to use when chanting the Hare Krishna mantra.

“My wife and I both felt a kinship to the meditation, ” recalls Sankirtana, now 65.

They gave up marijuana and LSD, and became vegetarians. When the money ran out, they headed back to the States, stopping in Detroit to hear a talk by the founder of the Hare Krishna movement, Srila Prabhupada.

Prabhupada had sailed to New York on a freight ship in 1965 at 70. He carried with him $8, an umbrella and a command from his spiritual guru to spread to the West their religious traditions, which shared roots with Hinduism but emphasized a holy repetition of God’s name. He chanted in parks near the East Village and set up a storefront headquarters for his sect, the International Society for Krishna Consciousness (ISKCON).

Prabhupada’s message of material renunciation and spiritual focus resonated with counterculture types looking for higher meaning. Within a few years, he had initiated thousands into the movement. Each new devotee agreed to the four rules: no gambling, no intoxicants, no sex outside of marriage and no eating meat. They were to chant for 90 minutes or more every day and devote themselves to living in service of God, or Krishna. The men shaved their heads, save for a small tail in the back, and everyone donned saffron robes.

One of Prabhupada’s first initiates was Keith Ham, son of a Baptist minister who would take the name Kirtanananda Swami, or Swami Bhaktipada. In 1968, Kirtanananda acquired farmland in West Virginia to build a rural Hare Krishna community where devotees could seek respite and live off the land. It was named after Vrindavan, a holy city in India near Krishna’s birthplace.

By the time Sankirtana and his family arrived, eight years later, there were nearly 80 devotees living on the mountainside. The community’s motto was “Simple living, high thinking.” Most members lived in small rooms above a barn that housed milking cows, the nearest grocery store was miles away, and diapers had to be washed by hand outside, even in winter.

Sankirtana’s job was to cook breakfast and lunch. He awoke before dawn for a 4:30 a.m. devotional service, followed by chanting and meditation. Then he went outside to cook huge pots of beans and rice over wood-burning fire pits.

“It was tough, but we felt like we were pioneers, ” Sankirtana recalls. “And we owned this project. It was a very communal atmosphere. You ate your meals at the temple, and if you needed a toothbrush or toothpaste, everything you needed was supplied by the temple.”

By the early 1970s, Kirtanananda had turned his focus to building a house for Prabhupada, with the hope that the aging guru, who had visited several times, would come to stay and continue his work of translating ancient Sanskrit texts.

The vision for a modest home morphed into an opulent palace. Land was cleared at the top of McCreary’s Ridge, and the devotees learned how to stain glass and lay bricks. They imported 52 varieties of onyx and marble for walls and floors. They carved furniture out of teak, constructed crystal chandeliers, painted elaborate murals on the ceilings and adorned the 10 rooms with jewels.

“We were making things up as we were going along, ” Sankirtana says.

But in 1977, Prabhupada died — the Krishnas, who believe in reincarnation, would say he left his body — and plans changed again. Now the palace was to be a majestic memorial.

Two years later, the Palace of Gold opened to the public. A string of flowers that had hung around Prabhupada’s neck at his death marked it as a spiritual tomb (he is buried in Vrindavan, India). Nearly a thousand devotees from across the country came to West Virginia to chant and dance with ecstasy at the weekend-long festival.

“People always ask, ‘Why is it so opulent?’ ” Sankirtana says. “I always say, ‘This opulence is actually a manifestation of the devotees’ love and appreciation of what Prabhupada gave us.’ ”