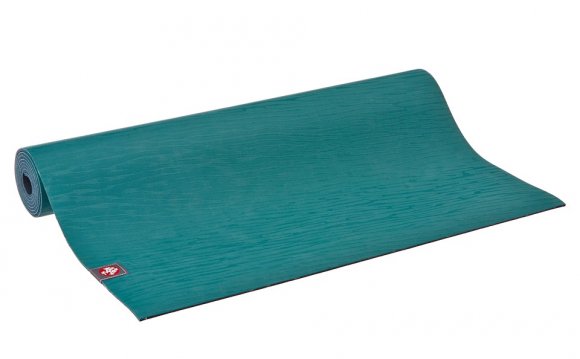 Earlier this week I attended a Veterans Stand Down in Columbus. It was an amazing event full of great vendors, healthcare providers, and service organizations. I’ve been attending these types of events a lot this year. In the past month, I’ve been to Pittsburgh and Columbus, and these cities do not mess around. Their stand downs are huge! Columbus had over 500 Vets, Pittsburgh slightly more than that, but overall they were great events to attend and to meet Vets. The event in Pittsburgh was in a concert venue. I made a joke and said that it was like Coachella, but for people who make the world better. Meeting and helping Veterans is always great. However, the events have been more eye-opening than I would have imagined. Here is a recap of all of the Stand Downs I’ve attended this year.

The Numbers Are Staggering

Since April, I’ve attended 5-6 Stand Downs or Resource Fairs. The first few were in smaller cities, but they had pretty good turnouts. While most Stand Downs are aimed at homeless Veterans, the first few events I attended were more like resource fairs, and they were attended by a lot of individuals who were not homeless, but rather in search for everyday resources. They were great to talk to. In New Castle, PA, I met a few individuals who were still in the active National Guard. I was able to talk to them about what they would need to do after discharge to get their disability benefits. I even made some friends at these early events because there was so much downtime. Those early events may not have introduced me to many new clients, but they got my foot in the door and helped prep me for the bigger events.

Pittsburgh was eye opening. I arrived at Stage AE next to Heinz Field on a balmy September morning. The air conditioning in my rented Hyundai Tucson was on full blast. I learned so much on this day. The first thing I learned was that I don’t want to own a Hyundai Tucson. The motor was anemic. It had such little power that overtaking cars on the interstate was hazardous. I hated this car so much that I wanted to leave it parked next to Heinz Field with a note proclaiming: “I found the only thing worse at passing than your quarterback.” To be fair, the car did get me to my destination. I quickly gathered my items, took a quick Snapchat photo, and raced over to the American Eagle stage. I quickly learned that I was not in Parkersburg anymore. Outside the concert venue, there were four to five rows of tents that were at least 20 feet long. They were covering tables full of donated clothing. “This is major league, ” I thought as I crossed the road.

As I entered the venue, I had one of the volunteers help me find my table. I was near an entrance, and we were crammed together tightly. There were far more vendors here than I was used to. But, that was a good thing. It was so refreshing to see so many other organizations interested in helping our Vets. Around 9:00, the doors opened, and within moments I was talking to Veterans non-stop for over an hour. When there was a break in the action I took a look around. The area was packed. I took a few moments to walk outside around lunchtime. It was during this time, when everyone was in a central location, that I understood how many people were actually there. Hundreds of people lined up for the free lunch provided by one of the vendors. It was a bit overwhelming.

Earlier in the day in Pittsburgh, I noticed a man off in the distance carrying what looked like a yoga mat. This really excited me because yoga is a topic of discussion often in this office. Lauren Ward, our Operations Manager, is a certified yoga nut. She’s also certified as a yoga instructor. We have discussed the benefits of yoga more times than I can remember. We worked together to actually present a free class for Veterans Day last year. She even managed to get me to try it. Turns out that it’s not for me. However, a lot of Veterans find yoga very beneficial. This is especially true for Veterans suffering from PTSD. There are countless articles outlining the benefits, and there has been a lot of research to back up all of the claims. I wanted to meet these people and get them in touch with Lauren because she is a part of a charity that brings yoga to those in need, including Vets. I looked around to see if there was a yoga studio there giving out mats. I didn’t see any. I couldn’t look too hard because I didn’t want to leave my table unattended too long. As things started winding down I took another opportunity to look for this mythical yoga booth. I looked all over and found nothing. As I was walking back to my table I passed an older man who I had spoken to earlier. I noticed that under his arms he had one of the things I thought to be yoga mats. I was about to ask him where he acquired it…then it hit me like a ton of bricks. I may not be a yoga enthusiast, but I’ve seen and used the mats before. What he had was far too long and thick to be used for yoga. Instead, it was actually a mat for sleeping. The health department or someone similar was handing these thick foam mats out so that these Veterans could have a portable place to sleep…on the ground.

I felt so stupid that I didn’t realize this sooner. Of course, a privileged person from rural West Virginia would think that they were giving out yoga mats to homeless people. I love what I do. I am not pandering when I say I get excited to go to events and meet Vets. Sometimes, though, it’s easy to get caught up in the excitement of meeting people you regard as heroes, and forget the reason you are there.