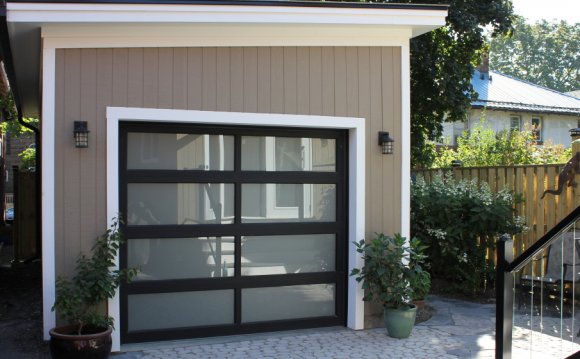 The Salamander Resort & Spa combines a luxurious sense of elegance with cushy amenities and a setting straight out of Currier & Ives.

Yoga on horseback may seem like a nutty idea, until Carolyn Connell shows you how to do it.

Connell, a lithe Summit native and yoga instructor, moved from New Jersey to Middleburg, Va., two years ago to be closer to her sister, Polly and brother-in-law, noted chef Robert Wiedmaier.

Connell fell in love with the rolling hills of Virginia horse country, although as she says, she doesn't really "talk horse." But you can't live in these scenic parts for long without connecting to the equestrian set, a mix of Washington, D.C. commuters and monied locals with vast horse farms and a penchant for fox hunting. Middleburg was a retreat for Jackie Kennedy, who came riding here so often in the 1960s that the quaint town green sports a plaque bearing her name.

A 340-acre equestrian hideaway with a 22-stall barn, nine paddocks, a riding arena and miles of bridle trails.Salamander Resort

After Connell settled in the area, she started teaching yoga at the 168-room Salamander Resort & Spa, a 340-acre equestrian hideaway with a 22-stall barn, nine paddocks, a riding arena and miles of bridle trails. Connell soon found herself leading guests in sun salutations from the resort's new barn overlooking the rolling countryside. Then, working with on-site equestrian manager Kaelin Creange, the Jersey native designed a yoga experience that could actually be done on the back of a horse.

After a brief demonstration, guests climb atop either Chica or Snowy, two broad, barebacked steeds that stand patiently during the exercise. First up is a practice run at sliding off the horse to the ground to get a sense of being able to get down easily. Then slowly, with the help of a spotter on either side of the animal, there is gentle stretching into simple yoga poses, using the horse's back and rump for support. The experience costs $150, but the sense of freedom, trust and connection to the horse is downright exhilarating, even if you're not expert at either yoga or riding.

It's just one of the wows in store at the Salamander Resort & Spa, which opened Aug. 29, 2013. With its strong culinary, spa and equestrian focus, Salamander Resort is the realized vision of founder Sheila Johnson, who has her own horse farm nearby.

Johnson, an entrepreneurial wiz who co-founded the BET network, is the first African-American woman to be an owner or partner in three professional sports franchises (The Washington Capitals, Wizards and Mystics). She is also a hands-on CEO of Salamander Hospitality, a hotel and resort group with properties in Florida, North Carolina and Virginia.

Located about an hour outside of Washington, D.C. and 30 minutes from Dulles International Airport, the sprawling Virginia resort in the Blue Ridge Mountains is the company's newest venture. This model is proving so popular that another equestrian-themed resort will open in Tryon, N.C., in 2017.

Sheila Johnson is the hands-on CEO of Salamander Hospitality.Justin Kriel

Nurture meets nature
An ideal setting for a girlfriend's reunion, a couple's getaway or a corporate retreat, Salamander combines a luxurious sense of elegance with cushy amenities and a setting straight out of Currier & Ives. Guests are within strolling proximity to downtown Middleburg, with its sophisticated array of shops and eateries, including the excellent locally owned country French bistro, The French Hound. It's also in the heart of one of Virginia's wine regions, with 22 local wineries within touring distance.

Visitors can even travel by horse and carriage to the nearby Cana Vineyards for a tasting. Epsom-born horseman James Houston drives the resort's Amish-made replica of an English wagonette - a vocation he comes by honestly. Houston's parents had their own carriage house in the English countryside, renting out vintage rigs for weddings and film shoots, a tradition Houston continues at the Salamander.

The sense of newness at this $130 million resort is everywhere. The place is barely broken in, with a few hiccups here and there, such as issues with sound quality at the pristine cooking studio, a state-of-the-art kitchen theater that can also be used for private dining and corporate events. But even as the earnest staff falls into step with running a property of this size, the quality and attention to detail is impressive.