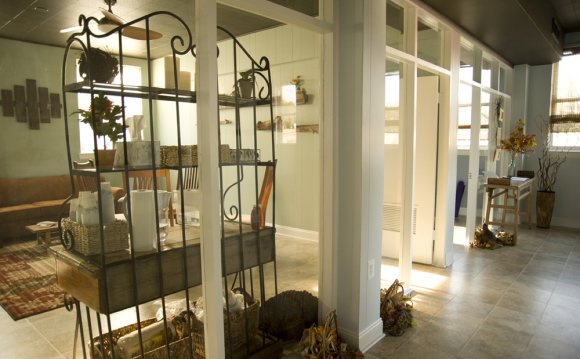 By May 2002, personal trainer and triathlete Jaime Powell had been enjoying a vigorous Ashtanga Yoga routine for three years. But that spring her practice was transformed in an instant when a truck hit her while she was out on her bike for a training ride, breaking two of her ribs, chipping two vertebrae, fracturing her sternum, and badly injuring her knee.

It was more than a year before Powell could return to her Ashtanga practice, and going from having a body that could bend like a pretzel to one that had to rely on a walker for two months permanently altered her approach to yoga. “The accident helped me become much less competitive, ” she says, “more self-reflective and tuned in to subtleties. I realized that being present and patient and slowly working an edge is the same for everyone, regardless of physical ability.”

With luck, few of us will face such a life-threatening event. But nearly everyone will eventually encounter some health challenges less dramatic accident, a tweaked back or knee, a chronic condition, the vagaries of growing older that temporarily or permanently alters our asana practice.

For some, this shift in abilities is gradual, as it has been for Wyoming resident Barbara Gose, a 65-year-old retired professor of political science whose arthritis has made practicing many familiar poses increasingly difficult and painful. Others, like Eric Small, may find themselves turning to yoga for help after the onset of an illness. Diagnosed with multiple sclerosis at age 21, Small was told he probably wouldn’t live to 40. Now a muscular, vigorous man in his mid-70s, Small credits Iyengar Yoga with keeping his MS at bay. He holds a Senior Level II Iyengar teaching certificate and has been teaching the practice to other students with physical challenges for decades.

COME TO THE MAT
As Powell, Gose, and Small have discovered, physical challenges don’t need to end your yoga career or prevent you from developing one even if you’ve never practiced before. Yoga is infinitely malleable and can be adapted to benefit everyone from the young, fit, and able-bodied to elders with arthritis, from students with temporary injuries to paraplegics in wheelchairs and people who are permanently bedridden.

Medical research has documented yoga’s benefits for some special-needs populations. Researchers at Oregon Health & Science University found that older adults and people with multiple sclerosis who participated in a weekly yoga class and home practice for six months showed significant improvement in measures of fatigue compared to a control group that didn’t practice yoga. “We also demonstrated improvements in forward bending and one-legged standing ability, ” says neurologist Barry Oken, M.D., who has practiced yoga for 15 years. Such improvements are especially valuable for seniors, since fractures resulting from falls are a leading cause of disability among older adults.

Better posture is another plus, says Julie Lawrence, an Iyengar-certified instructor who collaborated with colleague Jane Carlsen to create the yoga class used in the Oregon study. “Slumping constricts the internal organs and interferes with respiration, circulation, and digestion, ” says Lawrence. “Good alignment helps people breathe better, which has a calming effect on the entire body.” Also, she says, just as slumping can reflect and magnify a downbeat emotional state, so good alignment can help you feel more cheerful and energetic.

Yoga’s ability to help stooped seniors stand taller was demonstrated in a recent study of older women with hyperkyphosis (a.k.a. dowager’s hump). Research by Gail Greendale, M.D., of the University of California, Los Angeles, found that one-hour yoga sessions twice a week for 12 weeks helped participants increase their height, reduce the forward curvature of their spines, and improve their scores on physical tests that assessed everyday
tasks like walking, rising from a chair, and reaching for an object in front of them. Participants also said the yoga helped reduce pain, improve breathing, and increase endurance. “More than 60 percent reported increased feelings of well-being, ” says Greendale.

Although Western scientists are just beginning to study yoga’s potential to alleviate many chronic health conditions, a large number of practitioners swear it’s made a huge difference in their lives. Some are like Eric Small, who’s continued to thrive for 35 years longer than his doctors expected him to live. Others, like Gose, credit it with helping them build and maintain strength, flexibility, and balance. And countless practitioners, like Jaime Powell, have used yoga to help them maintain physical and emotional strength and rehabilitate after injuries and accidents.

LET FORM FOLLOW FUNCTION
Whether you’re a brand-new or a longtime yogi, your practice may look quite different from the classic poses if you have significant physical limitations. Fortunately, the underlying principles of yoga are more important than the formsand those principles are the same for everyone, whether a person is an Olympic athlete or in a wheelchair, says Gary Kraftsow, founding director of the American Viniyoga Institute and author of several books, including Yoga for Wellness (Penguin, 1999). The core idea, he says, is to mobilize the spine safely, using the breath, in five main directions: bending forward, backward, and sideways; twisting; and lengthening the spine. The first step, says Kraftsow, is to assess what is safe and possible in each of these movements. “Then you can build upon that base.”

This usually requires breaking down complex poses into their most basic parts. If you’ve been hunched over for years, for example, simply lifting your chest up and away from your navel can stretch your belly and act as a backbend. Conversely, says Kraftsow, the most basic piece of a forward bend involves contracting the abdominal muscles on your exhalation to provide a gentle stretch for the lower back.

FIND A GUIDE
If you’re a longtime practitioner, you may be able to figure out how to change your poses to accommodate a new limitation. But it can be both emotionally and intellectually challenging to venture into new territory, so you may find it useful to work with an instructor who has experience teaching students with special needs. If you’re brand new to yoga, this kind of teacher can be invaluable.

If you’re injured or sick or have other physical limitations, you need to “start where you are and let go of any image of what you should look like in a pose, ” says Vandita Kate Marchesiello, who directs the Kripalu Yoga Teachers Association and teaches yoga for special populations. She recommends taking an “adaptive, ” “therapeutic, ” or “gentle” yoga class. (For more information, see “Class Cues, ” end of article.) Teachers offering such classes often use props like chairs, blocks, bolsters, blankets, and straps to modify postures; what’s more, says Marchesiello, “the classes also foster a sense of support and community.”

REMEMBER TO BREATHE
“The breath is the most important part of the pose, ” says Swami Sarvaananda, who teaches Deergha Swaasam (Three-Part Breath) to students in her Gentle Yoga classes at the Integral Yoga ashram in Buckingham, Virginia. (For instructions, see “Breathing Lessons” at the end of this article.) If her students find an asana too difficult, Sarvaananda suggests they simply breathe and visualize the pose.