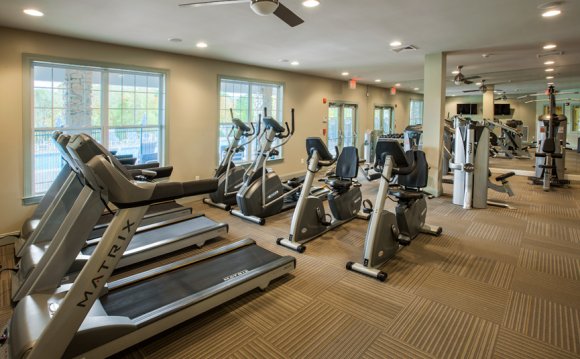 SANDSTONE — Instructors can’t help but brag on the facilities now offered to them in central West Virginia.

“If I were to design an on-river site to teach people the basics of stand-up paddleboarding, this would be it, ” said SUP instructor Erin Clay, as she led a group of six novices to their first lesson at a public stream access area at the National Park Service’s Camp Brookside, a former Union Carbide summer camp perched on a 32-acre island in the New River between Sandstone and Hinton in Summers County.

“It has a big open space near the water for the instruction we do on land, and a big eddy with lots of flat water to make it easier for people to get up on their boards and learn how to move around, ” she said, as members of a class held last Saturday plunked their inflatable paddleboards on the silty beach and checked to see that their personal flotation devices, as life vests are now known, were properly adjusted.

“It’s a beginner-friendly sport, ” Clay said. “Everyone stands up and starts paddling during their first lesson.”

Stand-up paddleboarding is one of more than a dozen classes and activities being offered free of charge at Camp Brookside through August, through a partnership between the New River Gorge National River and Active Southern West Virginia, a nonprofit that promotes public health in four counties by offering an array of activities led by trained leaders from within the communities it serves.

A $25, 000 grant from the National Park Foundation allows the program to buy from local vendors the equipment needed for participants to try out new activities without having to pay for the gear needed to experience them, and to train and certify volunteer activity leaders.

“The idea behind the grant was for us to partner with Active Southern West Virginia and begin hosting free non-traditional activities to get people into the park, so they can learn what’s available to them here, ” said National Park Service Ranger Angela Allison, a former AmeriCorps/VISTA volunteer. “They can use the new skills and activities they learned in their classes at Camp Brookside at home, or take the training we offer to become volunteer teachers themselves in their own communities.”

“We’ll have a canning class next month taught by the county extension agent, along with classes on picking and preserving berries and fruit and healthy cooking, ” Allison said. “Who knew you could go to a national park and take tai chi lessons and learn how to do canning?”

As an AmeriCorps/VISTA volunteer, Allison researched the history of Camp Brookside and organized a reunion of former campers held last summer.

Camp Brookside opened in 1947 as a two-week summer camp for the children, age 5 to 15, of Union Carbide’s operations at Alloy in Fayette County. It closed in the 1960s.

Brookside Island, accessible by a one-lane bridge over a narrow channel, was bought by the National Park Service for inclusion in the New River Gorge National River in 1993. Its cabins and lodge slowly deteriorated until 2014, when renovations money secured from one of the last earmarks used by the late Sen. Robert C. Byrd worked its way through the Congressional funding pipeline and was put to use.

The renovations, now complete, included making the cabins suitable for three-season use and equipping the lodge with a state-of-the-art kitchen with commercial-grade food preparation and storage gear.

To help pay for future programming and maintenance at Camp Brookside, the New River Gorge National River is making the camp available for rent to churches, families, clubs, educational programs, and others. The entire camp can be rented, or smaller groups can opt to rent cabins, although at least three cabins at a time is the minimum rental arrangement.

On Saturday, Garnett Bruell and Sarah Barnett of Beckley were scouting out the camp as a possible wedding site, and ended up taking tai chi and SUP classes that are among those offered that day.