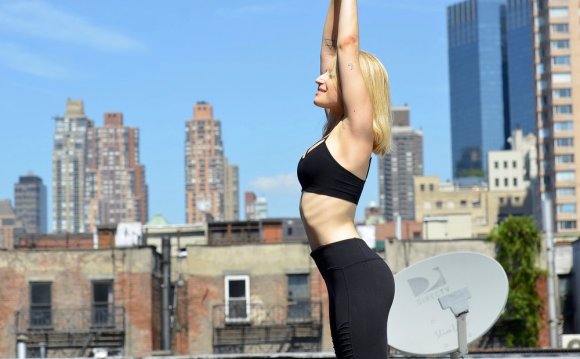 1. If you don't shave your legs every day. You might notice a bit of stubble coming in, but he sure as hell doesn't. You can let it go a couple days, a couple weeks, whatever. He's not going to notice, and even if he does, all he cares about is that your pants are off.

2. If you're not wearing makeup. Guys don't even understand what half the makeup you own even does, let alone if it's on your face or not. Also, too much makeup makes you look like our scary aunt.

3. If you don't try to pay for everything. You can pay for stuff; that's totally cool. But if a guy is taking you out on a date, he's already down to pay. Don't worry about asking.

4. If you want to go hang out with your friends. He's not going to mind a Friday night with the TV and some scotch. He might even secretly be looking forward to a little bit of time alone. Girls' night = spontaneous man night.

5. What your vagina looks like. He couldn't care less what it looks like, tastes like, or smells like. He's having sex. Vaginas are like fine wines with complex bodies, and each one is different but can be appreciated equally, or something. I don't know, just take my word for it and don't worry. He's not thinking about it at all.

6. What size clothes you wear. Most men don't even know how women's sizes work, let alone that you were an 8 and now you're a 10. You look amazing.

7. How big your boobs are. No man has ever said, "I met this great woman; she's everything I want in a partner except for her boobs."

8. If you make less money than him. This is the 21st century. Dating outside your tax bracket is widely accepted. No one cares.

9. If you make more money than him. Who has time to be insecure when you can buy lots of cool stuff?

10. How many people you slept with before him. It doesn't matter as long as you're only sleeping with him now (and vice versa).

11. Morning breath. Everyone has it so there's no reason to hide yourself under the covers and avoid kisses until you can get to some mouthwash and a toothbrush. Embrace the stench.

12. What kind of underwear you're wearing. Have you seen the stuff guys wear? Some of us have had the same boxers since middle school with three holes near the anus. Don't worry about the granny panties you threw on because you want to do laundry, let alone if it matches your bra. Is that even a thing women do? Match their bras with their underwear? Who knows.

13. What you're eating. Actually, that's not true. Only psychopaths only order a side salad on a dinner date. Please order some Buffalo wings or something.

14. What you're wearing. This is all lost on us. Wear whatever makes you happy. Most men are going to be ecstatic if you wear your old yoga pants. Actually yoga pants are the best possible option.

15. Whether or not you've had a mani/pedi. We're not even entirely sure what happens during a manicure and pedicure. Also, who looks at fingernails? Yours look great.

16. That you have bodily functions. The only thing worse than someone letting out a fart or a burp is someone making a big deal about it later.