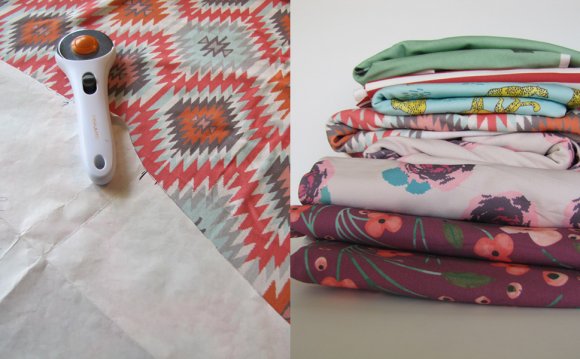 ‘You’re one hell of a liar, ma’am, ” declared Judge Robert Greenberg during the sentencing hearing for Brittany Norwood, convicted of the shocking first-degree murder of her co-worker Jayna Murray at Bethesda’s Lululemon Athletica store in March 2011. The judge’s remark captured only a small measure of the outrage and incredulity sparked by this horrific crime, the reporting of which had by this time overrun the Beltway and captured the attention of the nation.

The drama began with an after-hours confrontation between Norwood and Murray, two sales clerks at the luxury yoga store, apparently triggered by Norwood’s attempt to steal a pair of yoga pants. The clash somehow escalated into a mind-numbing frenzy of violence during which Norwood bludgeoned, choked and stabbed her co-worker to death, using at least five different weapons and inflicting 331 separate wounds.

Then, perhaps even more incredibly, Norwood coolly set out to cover her tracks and to present the chaos as the result of an attack by a pair of masked intruders, a scenario in which she would emerge as a victim alongside Murray. To make the ruse credible, Norwood gave herself a few minor wounds, bound her own hands and ankles, and spent all night lying in the darkened store, waiting to be discovered next to Murray’s battered corpse, having apparently endured a brutal assault.

Initially, at least, the deception worked. “As a news story, ” Dan Morse writes in this detailed new account of the case, “it had all the elements that the media and public craved: innocent female victims, madmen on the loose, an unfolding mystery in a place that was supposed to be so perfect.” From the earliest moments of the investigation, however, Montgomery County police detectives noticed that certain aspects of the story didn’t add up. As Morse relates, the investigators proceeded with deliberate caution, recognizing that if their suspicions were correct, they would soon be caught in a charged and difficult situation. “You’ve got to get this right, ” declared State’s Attorney John McCarthy at one stage. “This is a hell of an allegation to make against somebody the community has embraced as a victim.”

Soon enough, the weight of the evidence could no longer be denied. When the police finally arrested Norwood, the Washington community struggled to accept that this “always happy, always smiling” young woman, who dreamed of owning her own gym one day, might actually be the villain. Assistant State’s Attorney Marybeth Ayres captured some of the community’s conflicted feelings in a statement at Norwood’s trial: “As humans, we want to believe it’s the masked men. We want that. That makes us feel better. You don’t want to believe that it’s the articulate, educated, attractive girl next door. You don’t want to believe that, because that’s someone you might trust.” For some, the crime conjured up memories of the notorious Beltway sniper killings of 2002, but with a particularly heartrending twist. “This isn’t two clowns from out of town, ” as one local remarked. “It’s the girl down the street.”

Morse is a Washington Post police reporter who covered the Lululemon murder as it unfolded in 2011, and he brings a journalist’s instincts to this moment-by-moment chronicle. He’s done impressive research, interviewing more than 150 people, poring over reams of transcripts and documentary records, and even wading through Norwood’s text messages — all 11, 000 of them. The legwork pays off in a convincing portrait of Montgomery County law enforcement professionals pulling together under enormous pressure to crack the case. In particular, Detectives Jim Drewry and Dimitry Ruvin, who were among the first on the scene, are singled out for their dedication and compassion. Much of the police work is old-fashioned and low-tech, but all the more impressive for its brass-tacks ingenuity. At one point, while trying to re-create some unusual marks found at the crime scene, shoe-print expert David McGill dips an old pair of sneaker laces in sheep’s blood and walks along a trail of white paper. It’s a far cry from “CSI: Bethesda, ” but it gets results.

Morse also presents an effective portrait of the two families whose lives were destroyed by the crime. It speaks volumes when Jayna Murray’s mother, walking through her murdered daughter’s apartment, can’t bring herself to throw away an empty can of Diet Dr Pepper. The author gives equal sympathy to the close-knit Norwood family, caught between their horror over the crime and their unconditional love for Brittany. At one stage Brittany’s brother Chris refuses to be caught “playing the race card” (the Norwoods are black, and the victim was white) in a drama that could easily have been reduced to the dismissive shorthand of black-on-white crime. “It’s not race, ” he insists, even as he struggles to make sense of the charges against his sister. “I’m not saying that.”

Some readers may find their interest flagging when Morse pauses to scrape every last nugget out of his reporter’s notebook. Did we really need to know the population of the town where Murray’s mother grew up or that a medical examiner once played “all kinds of high school sports”? At times, the excess of detail slows the narrative to a crawl. Similarly, Morse occasionally reaches for easy clichés: the crime scene looks like “something out of a horror movie;” a “grizzled” detective might have come “right out of Hollywood central casting.”

But these are quibbles when weighed against the quality of Morse’s reporting. “Can anybody really figure out someone like Brittany?” Drewry asks in the final pages. Perhaps not, but with its artful reconstruction of the crime and its aftermath, Morse’s book asks all the right questions.

Daniel Stashower ‘s most recent book is “The Hour of Peril: The Secret Plot to Murder Lincoln Before the Civil War.”