What to eat after Yoga Virginia? 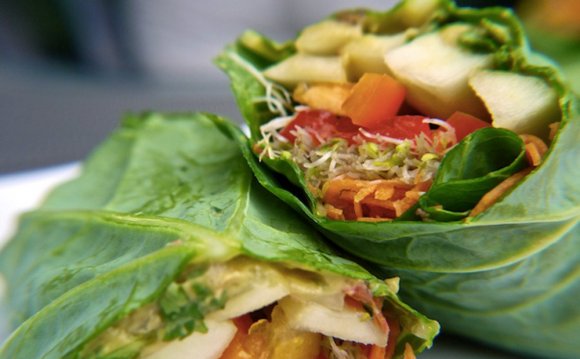 Week 1: No Way Om
Since I had fond, if fuzzy, memories of hot yoga, I slotted it in for two of my four weekly workouts. Only now I lived 30 blocks from the nearest Bikram studio and, on most days of the week, work would make my only option an 8 PM class. Not ideal, but worth a try.

That first Monday I was working at home and struggling to meet a monster deadline. When 7:30 rolled around, I struggled to shift gears. Yoga. Yoga. What did I need for yoga? It was 7:58 when I rolled in, and the place was packed with a crowd that was as unrealistically fit and attractive as the cast of Lost. I shimmied through the swarm of bodies in the locker room, changed hunched over in a corner, and had to ask two chatting Evangeline Lily look-alikes to make room for my mat on the floor. Apparently Bikram had become way more popular since the last time I tried it.

I did my best to focus as I followed the teacher through the 26 postures over the course of 90 sweltering minutes (the room was heated to a suffocating 105 degrees). After class I was so dizzy I had to stand next to my bike for a while, just breathing the cool night air, before I felt steady enough to ride. When I got home, it was 10 p.m., and I still had to shower. My boyfriend and dog shot me accusatory looks from the couch as I headed to bed completely exhausted—only one night into my weight-loss experiment, and I was already neglecting my family.

The two slow-moving hatha classes I took that week were a walk in the park. There's a low-key studio right around the corner from our condo and the classes were blissfully small though still time-consuming at 75 minutes. Another downside: They were a little too easy. The stretching felt wonderful and my muscles were getting a mild workout from all those warrior Is, IIs, and IIIs, but it seemed like a shame to exercise for that long yet burn so few calories.

By Friday I had somehow managed to drop a pound and was already sleeping better and feeling less tense. My outlook, on the other hand, was crappy. There was no way I had the time or money to keep this up. Four classes had added up to $64, and I hadn't run a single errand or seen a friend all week. If I wanted to meet my goal of becoming a size 4 yogi, I was going to need a Plan B.

Week 2: Choosing My Gurus
The first step seemed obvious—cut out commute time and per-class charges by doing yoga at home, which meant getting some DVDs. I drove around borrowing titles from friends and by Monday night had a decent-size stack. Then I discovered the trouble with trying to exercise within 2 feet of your couch. Immediately after popping in the first DVD, I sat down and propped my feet up on the ottoman.

I watched a few minutes of two DVDs by big-name gurus, but it wasn't until I put in the third, Yoga Shakti with Shiva Rea, that I stood up and rolled out my mat. I loved the fact that she had a real, strong-looking body, and the beach scenery was gorgeous. It had been another rough workday for me and the quiet, edge-of-the-world atmosphere was just what I needed. I finished the 30-minute basic workout and 15 minutes of "solar flow" before the phone rang. Two seconds later I was back on the couch, talking about yoga instead of doing it, but I had put in a solid 45 minutes. That night I stayed up until 1 AM working, but wasn't overly stressed. As a result, I didn't feel my usual compulsion to munch on Cheetos as I typed.

The next 2 days were a total bust. Work got crazy on Tuesday, and on Wednesday I decided a little QT with my boyfriend was more crucial than being thin. Finally, on Thursday I cracked open a DVD set that I'd ordered online, something called the Budokon Weight Loss System. I ended up loving the 50-minute workout. It started with some easy-to-moderate yoga, progressed into high-energy punching and kicking (I think I actually let out a “hee-ya!” at one point), and then finished with a short meditation.

Saturday afternoon, after forgoing yoga for paninis and mojitos the night before, I tried the last DVD in my triumvirate: Progressive Power Yoga with Mark Blanchard. Never mind that everyone on it is dressed in the same color, which makes them look like cult members. The yoga is intense. I could feel my butt getting smaller. So why wasn't I any lighter the next day? Probably because I'd fit in only one intense and one semi-intense workout all week—and I'd eaten and drank even more than usual. But I was starting to feel more in tune with my body.

Weeks 3 & 4: Getting into a Groove
Now that I had a great mix of DVDs, the problem was getting myself to do them on a regular basis. It's more my style just to work out when the urge strikes me, but I could see that there was no way that was going to cut it. The only way to be consistent, I was starting to accept, is to put life on hold for an hour and do the damn yoga.