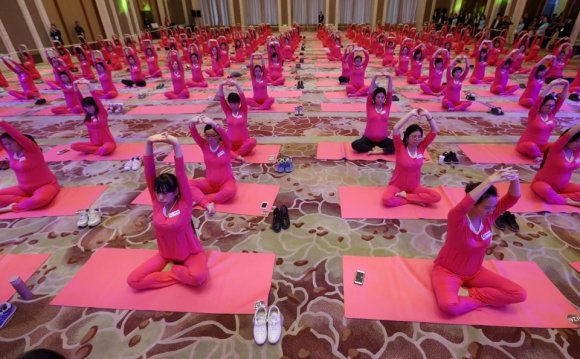 Our Director:
Beryl Bender Birch, eRYT, Founder and Director of The Hard & The Soft Yoga Institute (the internationally renowned and highly respected teacher certification school), has been teaching yoga since l974. She is the best-selling author of several books on yoga, including Power Yoga and the recently released Yoga for Warriors: Basic Training in Strength, Resilience & Peace of Mind– a book on yoga for veterans. She was named one of seven American women “innovators shaping yoga today” by Yoga Journal and was featured in the Barnes and Noble book, American Yoga. She is co-founder and Board Chair of The Give Back Yoga Foundation.

About Beryl:
Beryl is a renowned teacher, not only for her knowledge of classical yoga and her studies of the Yoga Sutra, but for her abilities to brilliantly and intuitively access a student’s weaknesses and misalignments, both physically and psychologically, and prescribe specific yoga practices for healing and growth. Her down to earth, accessible style of teaching has made her a beloved and highly sought after teacher. She pioneered the introduction of yoga into the athletic community in 1980, when she became the Wellness Director of the New York Road Runners Club. She continued in that position until 2002, teaching yoga classes in New York City to over 100, 000 students in that 22 year period of time.

Power Yoga:
Beryl coined the term “power yoga” and her Power Yoga classes in New York (and workshops all over the country) were the first and original “power” yoga program. Based on the astanga sequences (Beryl’s personal practice since l979), Beryl adapted the power practice for athletes of all sports, ages, and abilities, which is one of the reasons the program rocketed to success. Her first book, Power Yoga, was published in 1995 and sold nearly 300, 000 copies. She has since then written 3 more books, Beyond Power Yoga (the philosophy of the 8 limbed yoga path), Boomer Yoga (practice for aging athletes), and Yoga for Warriors (written for veterans and men and women in active duty military)

Her Background:
A former biofeedback researcher with a degree in English and philosophy from Syracuse University, she has been an avid student of classical yoga, meditation, and the study of consciousness since l971. She traveled to India in l974 to further her studies and has been training yoga students and teachers through her school, The Hard & The Soft Yoga Institute, for nearly 40 years. She is a long time leader in speaking out on the critical importance of spiritual revolution, the combination of activism and practice.