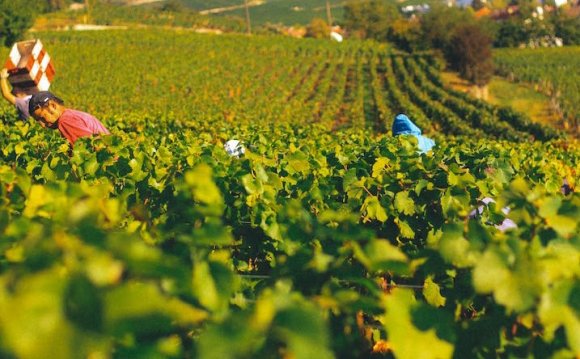 An Indian swami, his saffron robing flowing in the sky, leaned out of a helicopter and poured holy water on the dome of a $2 million temple dedicated here today in the rolling hills of central Virginia.

The dedication of the Light of Truth Universal Shrine (LOTUS) was the highlight of a two-day ecumenical celebration that attracted representatives from 10 religions, 3, 500 devotees of Sri Swami Satchidananda, two Bengal tigers and an elephant.

The day began with a procession from the hilltop village that has been named Yogaville by its residents and the Virginia Department of Highways and Transportation, down a new, winding road to the temple, which sits between a pair of lakes on the south side of the James River.

The parade was led by "Bubbles, " a baby elephant, and featured a juggler tossing flaming torches plus monks, priests and rabbis carrying blue and white pennants symbolic of their religions and a float built for and ridden by some of the 40 children who live on the grounds of the compound.

The elephant is part of a traveling menagerie of magician Bhagavan Antle (many devotees have adopted Sanskrit first names), who brought along the two tigers he has used in Exxon commercials.

Like many other devotees, Antle performed during the celebration, presenting a magic show.

The 71-year-old swami has attracted a diverse, largely middle-class following. The swami explains his ecumenism by saying, "People are attracted to a lot of restaurants out there, with a lot of different tastes." Explaining yoga, he says: "You can stand on your head, but first you have to learn to stand on your feet."

He has written a number of books on yoga. The "Whole Earth Catalog" calls one of them "the classic Hatha Yoga manual."

Among well-known devotees who participated in the weekend dedication were pop artist Peter Max, who has illustrated several of the swami's books, composer-singer Carole King, jazz musicians Paul Winter and Paul Horn, and Gerald Blitz, founder of the Club Med resorts.

The swami himself is a study in contrasts who shifts easily between the religious and secular worlds. He wears sandals, a robe and a flowing beard, can fly a helicopter and lives in a modern brick and frame house, built by his supporters, that has a satellite television dish in the yard.

Born in India, he was a Hindu monk in Ceylon (now Sri Lanka) until Max met him in Paris in 1966 and invited him to the United States. He quickly became a popular teacher of yoga in New York City, at the height of the Woodstock generation, and opened an ashram religious community on the upper west side of Manhattan.

With a rapid increase in the number of his admirers - who call themselves devotees, disciples or followers - he established an ashram in rural Pomfret Center, Conn. Later, he sought a warmer climate, to take advantage of the longer growing season for the ashram farm, which supplies the community's vegetables.

Today's airborne dedication was particularly appropriate because the swami discovered the 700-acre site while flying over it seven years ago, looking for land in the South. "He saw the beautiful James River, and the rolling hills, and loved it, " said an aide, Daya Marcus.

The LOTUS, which was financed by contributions and tithes, is a mini-Taj Mahal, complete with reflecting pool and gold-leaf dome. It takes its name from its shape, of a lotus flower. Its interior features a central altar from which a tube of neon light rises to the roof and then divides into a dozen smaller tubes of light that run down the sides of the wall to a dozen smaller altars spaced around the circular room. The display symbolizes a central source of light, truth and wisdom.

Ten of the altars represent the various religious or ethnic groups that participated in today's event - Hindu, Shinto, Tao, Buddhist, Christian, Islam, Sikh, Native American and African - plus two others, for other religions.

A religious ceremony in a tent that preceded the shrine dedication offered a smorgasbord of religious rituals. The swami, who spoke only briefly, led the audience in chanting "Om-shanti, " or peace.

The celebrants included two Hindi monks who flew in from India; a Sikh, who put aside politics to aid the non-English speaking Hindis; New York rabbi Joseph H. Gelberman, one of the swami's early sponsors in the United States, and a black woman professor who represented African religions and offered a short prayer - "It's a pygmy prayer, and they are short, " she said, a touch appreciated by the crowd that sweltered in 97-degree heat.

Because yoga is not a religion, but incorporates the essential principles of many faiths, its participants may continue to practice their own religion. "The idea is not to make one religion out of 12, " the swami said. Yoga is a science whose goal is "to be easeful, peaceful and useful, " said the swami. "If you are physically easeful and mentally peaceful, then you will be useful to humanity."

About 120 people live in the community, many of them in mobile homes. There are plans for a small subdivision with an eventual maximum population of 600 to 1, 000.

Followers of the swami are vegetarians who abstain from drugs, alcohol and tobacco, and practice the tenets of yoga.

"Yeah, I used LSD and other drugs, " said Kumar (Ken) Shapero, 36, anticipating a question about what attracted him to the swami 18 years ago. Shapero, who owns computer stores in the Fairlington Village area of Alexandria and in Charlottesville, was a student at Ohio University when he first heard the swami speak. Shapero said he already had quit using drugs and was "looking for a teacher who lived what he taught." He liked what he heard: "Be true to yourself, be good, do good."

Shapero and his wife, Divya, built a home just outside the grounds of the swami's community. Their daughters, Mohini, 13, and Bharati, 6, attend the Yogaville Vidayalam (temple of learning), where they study all the subjects necessary for accreditation, plus "learn about different cultures and religions from the many visitors to the ashram."