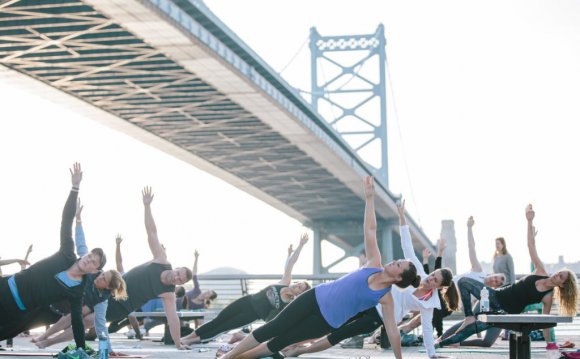 A sanctuary for the growth of human potential. Specializing in Yoga, Martial Arts, Dance and other forms of movement.

Emile sees movement as a discipline, a conversation and a celebration of being. He began in the womb of his mother as a mysterious intelligence assembled his body in a profoundly elegant and organized way. Emile's childhood was characterized by inexhaustible physical energy coupled with a very serious interest in stillness and introspection, exemplified by his proclivity for climbing trees and sitting for long stretches in their highest branch. His formal yoga training began in 2005 at Goucher College where he studied yoga asana alongside meditation and religious philosophy. Since then he has studied meditation in India, Tibetan Buddhism in the Himalayas, Yoga Asana and Capoiera in Baltimore, Handbalancing in Philadelphia and New York, more meditation in the hills of Virginia, geometrically based and mythically infused yoga in Manhattan and the Ido Portal method in Manayunk. Emile's biggest influences include Kim Manfredi and Will Walter of Charm City Yoga, Nevine Michaan of Katonah, M