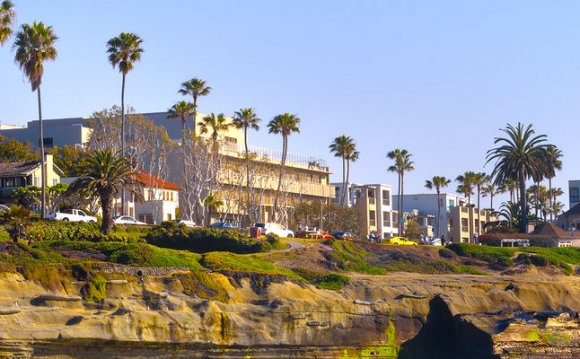 Mike Hanes, a 35-year-old former combat Marine, sometimes closes his eyes and murmurs to himself when life gets tense.

He’s repeating one word over and over, and it works as a “pause button” for his mind when he’s stressed out. It’s a form of meditation, one learned at the Department of Veterans Affairs hospital in La Jolla.

Veterans can be referred to yoga classes, acupuncture, Tai-Chi and meditation and, in other parts of the nation, music therapy, energy healing and even sweat lodge sessions. At least 89 percent of VA medical centers offered alternative forms of therapy in 2011, with meditation as the most common form.

Some patients report that these therapies have allowed them to rely less on pain medication and sleeping pills. However, a May VA research conference concluded that evidence of the benefit of these therapies on post-traumatic stress disorder — possibly the signature wound of the Iraq and Afghanistan wars — is still thin.

“We’ve done a lot of work in many areas of PTSD research that has produced effective treatments, but we are not done, ” said VA Deputy Secretary W. Scott Gould, at the May conference in Washington, D.C.

“That is why we need to keep our curious minds open and receptive to new ideas. In addition to the outstanding medical care we already provide, we are learning to extend that care to include many complementary and alternative medicine treatments.”

Dr. Stephen Ezeji-Okoye, a Palo Alto physician who chairs the VA’s alternative medicine committee, said the effort began after a 2002 White House Commission report that encouraged the VA to look at the topic. To naysayers, he responds that the VA is venturing slowly and carefully toward these kinds of practices.

“I noticed before, it was easier to fly off the handle, ” said Hanes, who chose the word “shalom” as his meditation mantram, or mantra, as it’s more commonly known.

“But now, you take that 10 seconds of saying your mantram, and it puts you back in focus, instead of doing something that you can really regret, ” he said.

“I was very surprised to see the VA is offering this, and I think they should do a lot more of this type of stuff.”

With some young male veterans, meditation, Tai-Chi and other “new-age” therapies are a harder sell.

Joe Qualls, an Army infantryman in Iraq, said he has witnessed some of his tough-guy friends balk a bit when asked to do deep breathing exercises for relaxation. He would like to see the VA focus on offering recreational sports programs year-round, such as basketball leagues.

“The physical piece is the key, at least for this generation, ” said Qualls, 31.

“It’s really just about getting out. Exercise allows us to focus on one thing, nothing else. We burn off the extra adrenaline and anxiety.”

That’s one step toward being in the right state of mind for traditional sit-down therapy for PTSD, he said. And, “there’s less the medication has to work on.”

“Compared to case management alone, we have seen significantly greater reductions in PTSD-related depression and hypervigilance, and improvements in quality of life, ” she said, referring to the results of two pilot studies and one large randomized trial.

Bormann has received approval to do two new projects on mantram meditation and post-traumatic stress.

In the hope of attracting young veterans — a previously elusive group for any VA research — she plans to hold the sessions in the evening and on weekends. Another tactic she uses to reach out to younger people: Rebranding. She calls meditation a “pause button” for the mind, which appeals to the Xbox generation.

Yoga is another popular alternative therapy at the VA and elsewhere. A group called Yoga For Vets NYC began offering free weekly yoga sessions in the Big Apple this year.

According to questionnaires filled out by students between 2005 and 2007, people who attended the once-a-week class — and stretched at home — showed significant improvement in pain, depression, energy level and general mental outlook.

VA psychologist Erik Groessl and others published a paper about the results, but they were stunted by the informality of the study. Groessl is hopeful that he will be successful this year in securing funding for a more scientific trial, after years of applying.

Navy veteran Silas Cochran, 50, was one of nine men in a recent yoga class, held in a VA classroom with the desks pushed back. Cochran’s military-style combat boots were neatly lined up next to his yoga mat.

He rode a bus from Escondido to attend the session, so he really wanted to be there — despite being the leading jokester when the teacher gave commands such as “curl back like you are a beautiful flower.”

Seriously, though, as someone with bipolar disorder, he doesn’t want to take medication for his back pain.