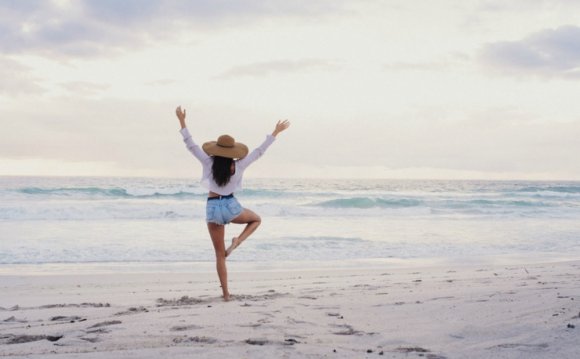 This unidentified woman was filmed doing various yoga moves, including a handstand seen here, after climbing onto subway tracks outside of Washington, D.C.

The extremely dangerous moves were seen being photographed by a man she was with.

The woman is seen here appearing to sit on the tracks, just feet from the electrified third rail.

She managed to hop on a train and escape arrest at the time of the December incident.

A Virginia woman's yoga moves were nearly taken to an electrifying level after video captured her performing her death-defying poses on a subway's tracks.

The unidentified woman was arrested this week, nearly a year after video first caught her performing the unbelievable acts outside of Washington, D.C., NBC4 reported.

As she climbed onto the tracks at West Falls Church station and performed hand stands, just feet from the electrified third rail, she was seen being photographed by a friend.

After climbing back onto the platform on Dec. 21, she was approached by a Metro employee. But in her next act she apparently managed to split before being taken into custody.