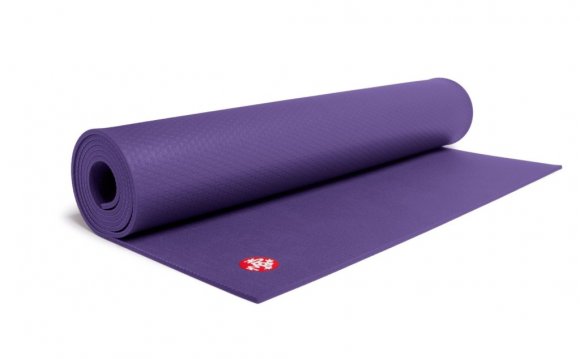 We’ve all been there. 90 + degrees in a power yoga class, salty sweat drips into your eyes, your Ujayii breath sounds like a freight train and the sadistic motivational yoga instructor cues you to “sink deeper into your front knee” …. As you follow their cue, the sliding begins. You do have a choice. Rise above your ego and come out of the pose to prevent injury. OR, grip in tighter with your toes only to succumb to the undeniably slippery combo of human sweat and mat surface which may or may not result in a groin injury accompanied by painful moans and shameless tears. Yeah yeah yeah, most of you reading this post are “on your own mat” during practice. The dilemma of falling out of a pose versus sliding into full splits is not a choice you feel compelled to make. Congrats. For the rest of us, mat slippage is the turning point between “Damn! A ‘yoga towel’ that costs more than my mat?! Hell to the No!” and “Here’s $90, please just cut the tags off my new yoga towel so I can rejoin my class that’s already in session.”

I bought my first yoga towel in 2008. YogiToes (to the tune of $80 plus tax). It did help. Aside from preventing serious injury in numerous postures (you ever attempt full wheel with wet palms?), it also initiated me into the “squirt bottle” coven. For months, I’d seen them…the clearly experienced yogis spritzing their towels with a fine mist of (we can only assume reverse osmosis) water before class. Finally, my day had come. I unfurled my gray towel with orange piping and had at it with the spray nozzle. Here’s a tip….don’t oversaturate your yoga towel. It has the opposite effect in terms of grip. One problem was that when class started I wasn’t sweaty (moist) enough to use the damn thing. If I placed it on my mat while still dry, it just got in my way and made me slide around until things got hot and heavy.

Anyway, I finally got into my groove. I brought the towel with me to class but kept it on the side. When the sweat began to arrive, I’d take a moment to roll it out on my mat and continue on with my practice. And it worked pretty well. The main drawback was that if I caught my toe as I moved from splits to down dog, the towel (and occasionally mat too) would come with me. The results were amusing to my neighbors but not so fun for me. In fact, the towel bunched up a lot. And it wasn’t super absorbent. After many washings, it lost a lot of it’s nap and a 90 minute Power Flow class could render it less than effective after all was said and done. BUT, it was my first yoga towel and it was easily a massive improvement over no towel at all.

2011, Enter… the NamaSTAY yoga towel. Let’s start with some basic characteristics about this towel.. THE FABRIC! You know the Sham-Wow guy? Yeah, he’s creepy, we can agree on that. But, the reason people really bought his product was because that fabric was so absorbent. Guess what the NamaSTAY towel fabric is comprised of? OH YES, it’s a gigantic shammy! Which means that it’s soft, absorbent and able to withstand infinite washings without losing its integrity. Sure, this is all well and good but does it have those nifty rubber bumps that help to secure a traditional yoga towel in place? No.

Why? Because the design of the towel itself is so smart that you don’t need those rubber thingamajigs to hold it in place… Rather than a flat rectangle of fabric, this towel has “envelope” flaps (or sleeves) on each end so that you can tuck your mat into it. This is a big plus because the towel really does stay put on my mat. Also, the absence of rubber bumps creates a smooth.soft surface for me to rest against when we come to our bellies or backs during the practice. And, at $54 full retail price, this accessory is pretty accessible. It also has pretty sanskrit drishti embroidered at the top of the towel. Not a power yogi? A yoga towel this soft can enhance any practice. Imagine taking a yin class and resting your forehead on this super plush fabric in Anahatasana.

Does it have any cons? Not really, but I will say that due to it’s design, the towel will not fit perfectly over every mat. My Yogamatic mat is a bit small for the towel so I did notice a little extra fabric that wrinkled on my mat (but was a massive improvement over the many times my YogiToes would completely bunch up during practice so that I’d have to stop and lay it out again). The towel is designed to perfectly fit a Manduka Pro Black mat (which makes sense as that is typically the largest mat one would usually encounter). If I could offer up one small improvement, it would be to offer the towel in 2 sizes, one for average mats and one for the larger mats. However, the extra fabric was not a hindrance and I plan to keep my mat and continue using the NamaSTAY towel.

And for those of you are still slipping away in heated classes, no matter which yoga towel you go with, please do get one ASAP. The $ you spend on the towel will be significantly less than the health insurance deductible that awaits you when your feet finally succumb to mat slippage. To purchase a NamaSTAY towel, visit their site, www.namastaytowels.com